Warning: Malware, rogue users can spy on some apps’ HTTPS crypto – by whipping them with a CAT o’ nine TLS 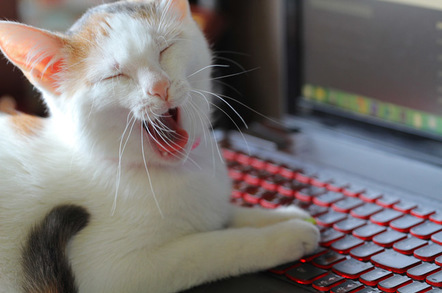 Crypto boffins have found a way to exploit side-channel information to downgrade most of the current TLS implementations, thanks to ongoing support for outmoded RSA key exchanges.

Mitigations against padding oracle attacks have been deployed over the years, but it turns out that information available through cache-based side channels provides a way around those defenses.

The Spectre and Meltdown processor design flaws disclosed earlier this year arise from side-channel information – akin to watching a hotel window for a light to infer an person’s presence in the room. The researchers who developed the CAT attack, some of whom were involved in the Spectre and Meltdown work, rely on similar techniques.

The researchers found that using a FLUSH+RELOAD attack, in conjunction with CPU branch prediction and a technique called Browser Exploit Against SSL/TLS (BEAST), they were able to break the TLS implementations in seven of nine popular packages.

Their technique involves running multiple padding oracle attacks in parallel, the results of which get combined in a way that recovers secret encryption keys from spied-on TLS-secured connections. In theory, bypassing TLS in this manner could allow an attacker to steal a victim’s authentication token to access an online account (e.g. Gmail). In other words, it is possible to snoop on a browser’s connection to Gmail, and recover the user’s authentication token from the encrypted connection to later log in as them. It’s a way to hijack accounts.

A local hack, for local people, we’ll have no trouble here

A crucial difference between the original attack and the latest version is that the original flavor worked over the network while the modern version needs to be on the same machine to scrutinize microarchitectural side channels. Therefore, only malware or a malicious logged-in user on a vulnerable system can exploit these security holes to sniff out secret encryption keys of running applications, and hijack connections and accounts.

Any software using the above vulnerable libraries, particularly OpenSSL and CoreTLS, is at risk of surveillance by rogue users or malicious code on a system via this CAT attack technique. And, sure, having malware or evil users on your computer is never a good thing. Think of this as something else they can get up to.

So while the research findings underscore the need to get rid of support for RSA key transport in the Public Key Cryptography Standard #1 (PKCS #1), they don’t quite qualify as a Heartbleed-levelrisk.

RSA key transport has already been excluded from TLS 1.3, the latest version. But it’s still used in about 6 per cent of TLS connections, according to the paper. The researchers, however, show that any TLS connection arising from the vulnerable implementations can be downgraded. So the CAT attack will need to be patched.

“We show that padding oracle attacks can be made extremely efficient, via more careful analysis and novel parallelization techniques,” the researchers explain in their paper.

“Finally, we show that while the use of RSA key exchange is declining, padding oracles can be used to mount downgrade attacks, posing them as a threat to the security of a much larger number of connections (including those done via protocols that do not even support the RSA key exchange).”